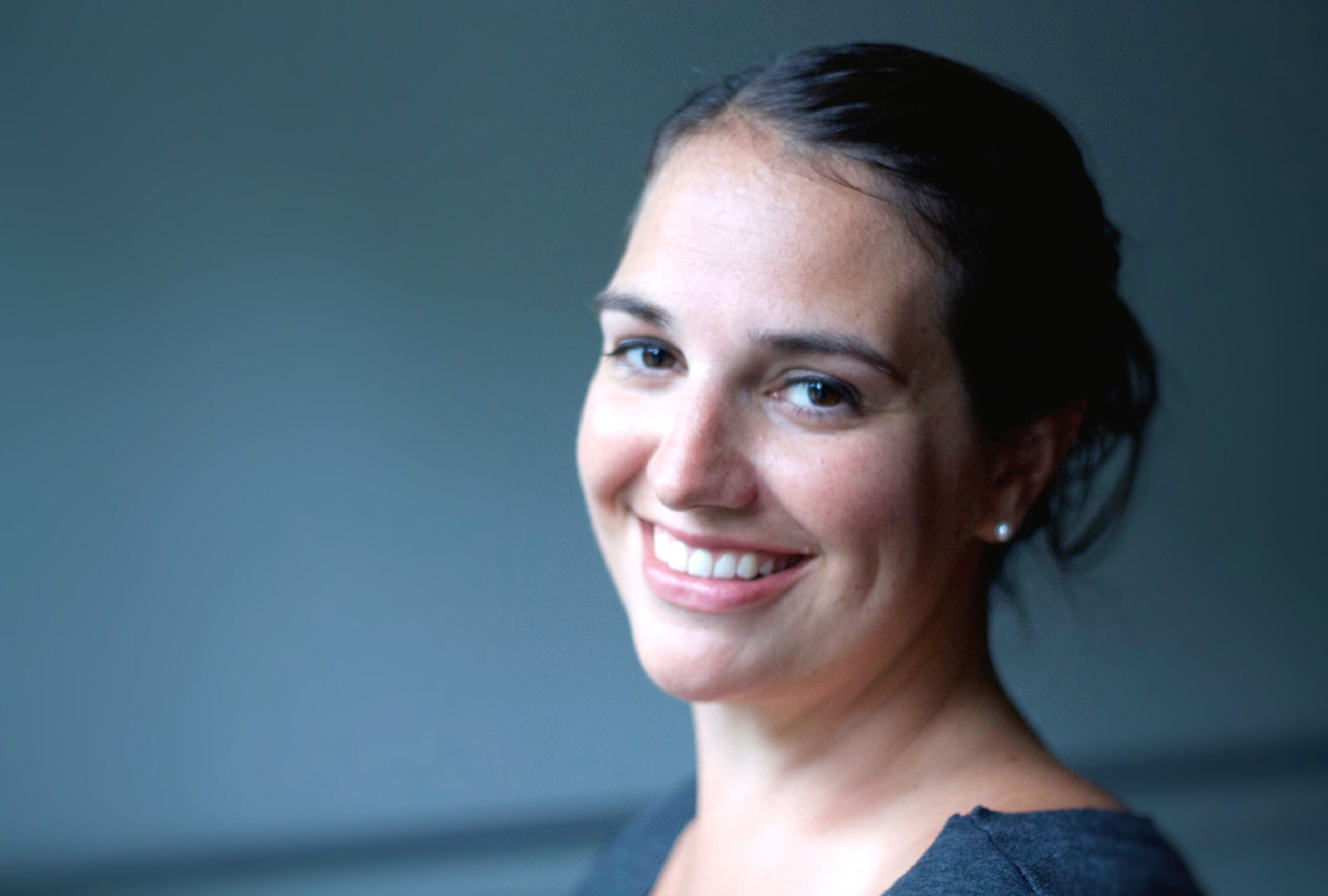 Amelia has been teaching and choreographing for The Dance Center for the past 18 years. She has been training in the art of ballet, modern, jazz, hip hop, and pointe since a young child with The Dance Center. After graduating high school in 2004, Amelia went on to pursue a bachelors degree in dance at Belhaven University, in Jackson Mississippi. While attending college she taught and choreographed for many local studios in the Jackson are. Amelia also received excellent technique training under Elizabeth Hansen, Ravenna Tucker, a former principle dancer with The Royal Ballet, Laura Morton from the Houston Metropolitan Dance Company, Betsy Druary McMillian from Ballet Magnificat, Steven Wynne from Joffrey Ballet, and Britta Heerman-Wynne. She has enjoyed many performing opportunities throughout her dance career and loved working with numerous dance companies while at Belhaven. Since receiving her degree in 2008, she has enjoyed sharing her passion for technique and the artistry of dance in the great state of Maine, and looks forward to continuing her dance career as The Artist Director of The Dance Center. 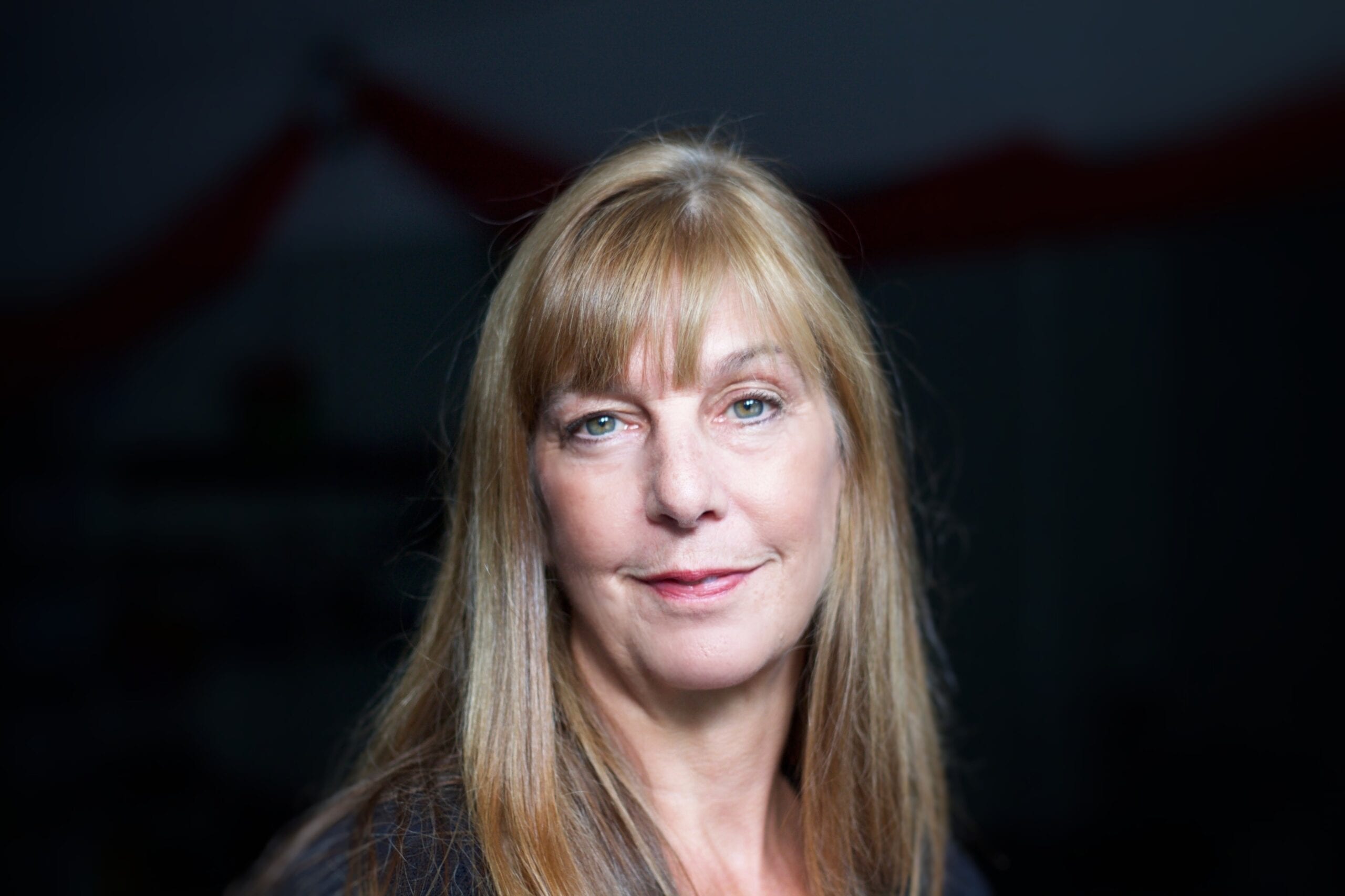 Elizabeth received her training at Skidmore College with Melissa Hayden, Elizabeth Carroll, Juan Anduze, Paul Meija and many more. Elizabeth feels blessed to be able to teach, choreograph and dance with so many wonderful people in the Central Maine community for nearly 31 years. She founded The Dance Center in 1992 and continues her love for dance through teaching. 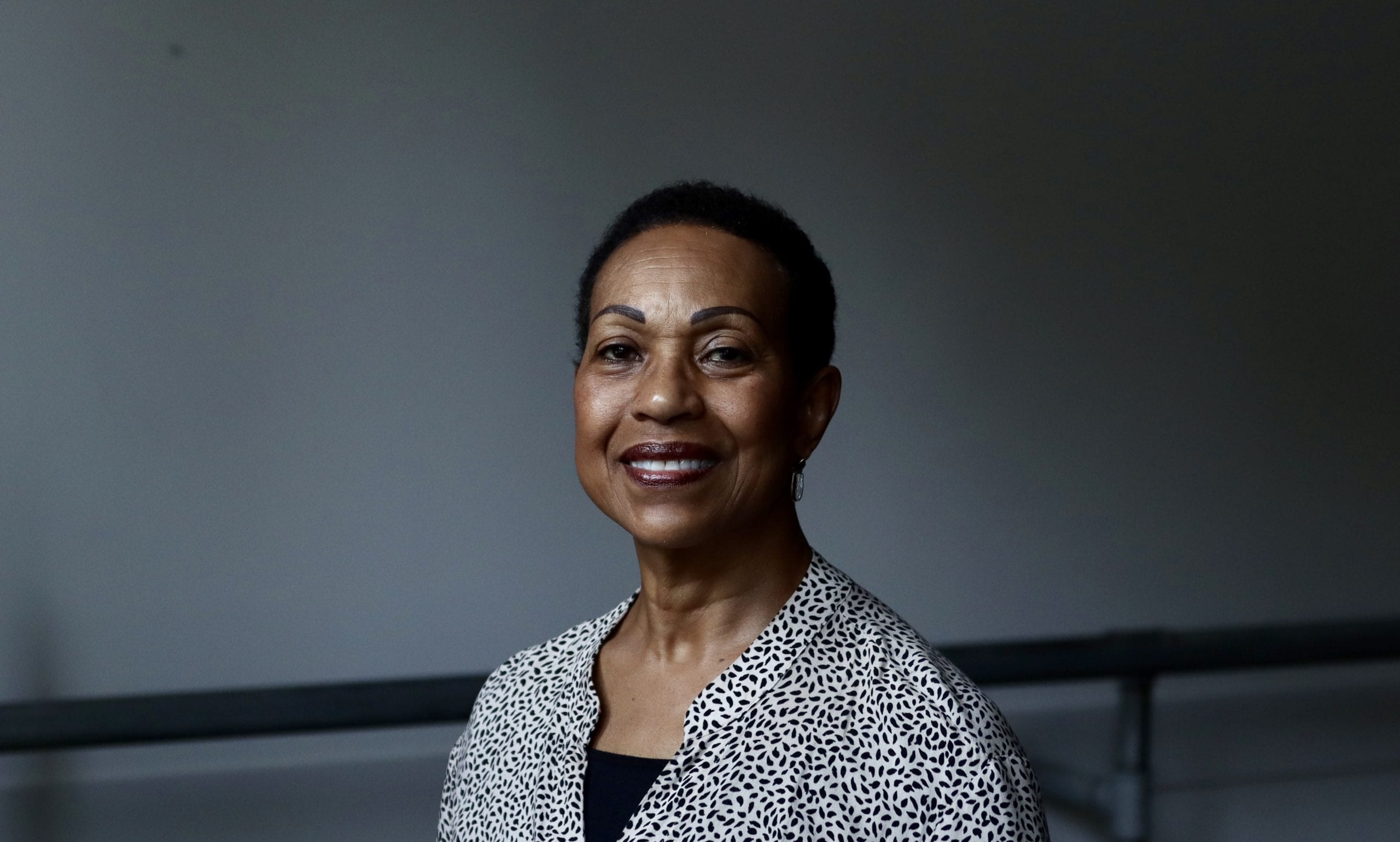 Rachel was born in Trinidad, first studied the Royal Academy Dance Syllabus with Marcia Moze and Patricia Roe at The Caribbean School of Dance in Port of Spain. Her accomplishments there led her to being honored with a scholarship to the Joffrey School in New York City, and then further studied with Maggie Black and David Howard. She performed feature roles in Todd Bolendar’s The Still Point and Stuart Sebastian’s And Ever More in Joffery II Company before joining the Joffrey Ballet in 1975. In the Joffrey Ballet, she performed principal roles in Oscar Ariaz’s Romeo and Juliet, Gerald Arpino’s Sacred Grove on Mount Tamalpais, Sir Frederick Ashton’s Jazz Calendar, Jose Limon’s The Moor’s Pavane, and others by Michel Fokine, Vaslav Nijinsky, Agnes de Mille, Ruthanna Boris, Gerome Robbins, Twyla Tharp, Kurt Jooss, with roles also in Gerald Arpino’s Trinity and Vivaldi and Sir Frederick Ashton’s The Dream. Her television performances include Agnes de Mille’s Rodeo, presented at The John F. Kennedy Center for the Performing Arts at the request of the White House, marking the historic meeting of President Jimmy Carter and Deng Xiao Ping, then Vice Premier of the People’s Republic of China. Moreover, her national television broadcast history included “The Joffrey Company at Wolftrap”, and “Nureyev and The Joffrey Ballet on Broadway”. In 1982 she moved to Maine; joining the faculty of the Ram Island Dance Center and later The Portland Ballet where in 1996, she performed “Tituba” in Sam Kurkjian’s The Witches of Salem. Rachel has been at Bates College in Lewiston since 2003, and also teaches at The Dance Center in Auburn and at the Dance Studio of Maine in Gorham, Maine. 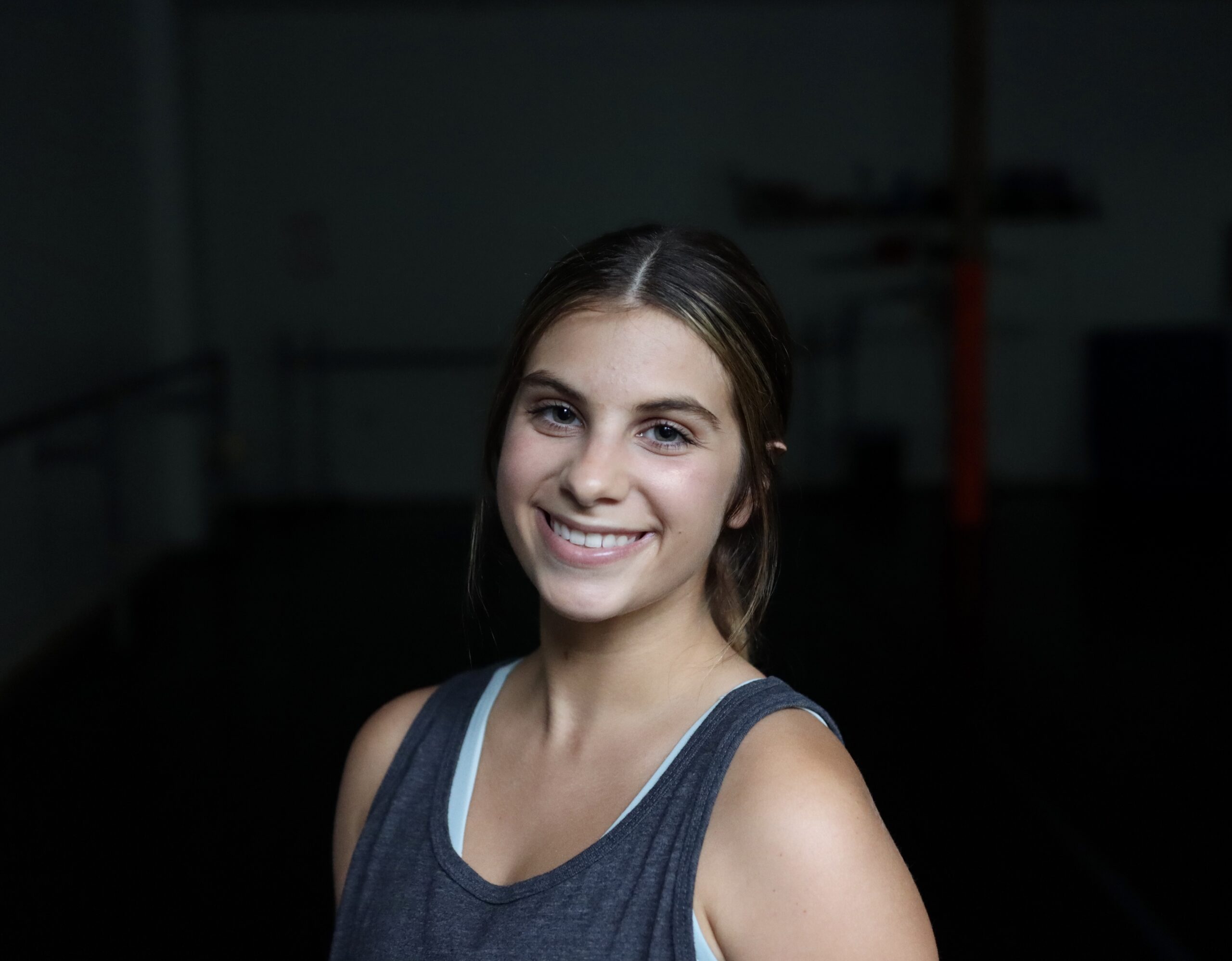 Lily has her bachelors degree in dance and a concentration in studio management from Dean College. She received training in pedagogy, creative movement, ballet, modern, jazz and hip hop. While at Dean, Lily trained under Krisitna Berger from The Erick Hawkins Dance Company, Jill Silverman from Boston Ballet, Todd Shanks, Stephen Tracey-Ursprung, Roshni Pecora, Sheramy Keegan-Turcotte. She was also able to enjoy extensive training and performing experiences from many guest choreographers, and companies. Lily was also selected for the prestigious, “Choreographers Concert” to showcase her work and receive feedback from professional choreographers, such as Eloise Kropp, and Bill Hotaling. Before her time at Dean, she was a student with The Dance Center for five years, where she performed in the annual recitals. She has performed and choreographed for shows at Dean College. Lily is very excited to be back in Maine and sharing her love of dance technique with her numerous students. 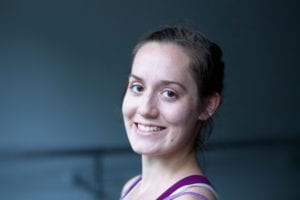 Heather grew up as a Dance Center student and she is so excited to be back again, this time teaching and sharing the joy of dance with her students. She received her Bachelor of Arts from Point Park University with a concentration in Ballet. After graduating, Heather was a company member with Roanoke Ballet Theater in Virginia for two years. She is currently a company member with Portland Ballet. She has performed roles in many productions including Giselle, A Midsummer Night’s Dream, Three Tales by Poe, and The Nutcracker. As a student she had the opportunity to train at several nationally renowned summer intensives including Walnut Hill School for the Arts, Oklahoma City Ballet, and The Washington Ballet. 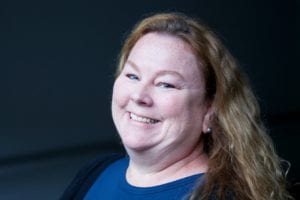 Sarah is so happy to be part of the faculty at The Dance Center. She began her dance education at 5 years old, taking classes in a variety of dance styles. She trained and participated in dance competitions in the Boston area through the 80’s and 90’s. Sarah continued her dance education by completing the Dance Education Training Course offered by The Dance Teachers’ Club of Boston, Inc., in Boston, Massachusetts, where she trained in tap, jazz, and ballet. More recently, Sarah worked as a dance instructor with the Rising Sun Dance Center in Winthrop, Maine, where she taught tap, jazz and lyrical classes for more than 10 years. She continues to pursue professional development with The Rhee Gold Dance Retreat Center in Massachusetts, focusing on technique and classroom curriculum development. 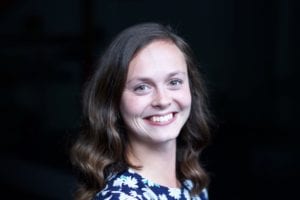 Meagan is thrilled to be back at The Dance Center and is excited for the opportunity to teach again this year. Meagan grew up as a Dance Center student, starting creative movement classes at the age of 3. She has taken classes in a variety of styles including ballet, pointe, modern, and jazz. After graduating high school in 2014, Meagan went on to college at the University of Maine at Farmington, majoring in Applied Mathematics and Actuarial Science. She continued her training at local studios through her time at the University, and was a prominent member of the college’s dance troupe. She enjoys taking class to continue improving her technique at The Dance Center and looks forward to performing in The Nutcracker each winter. 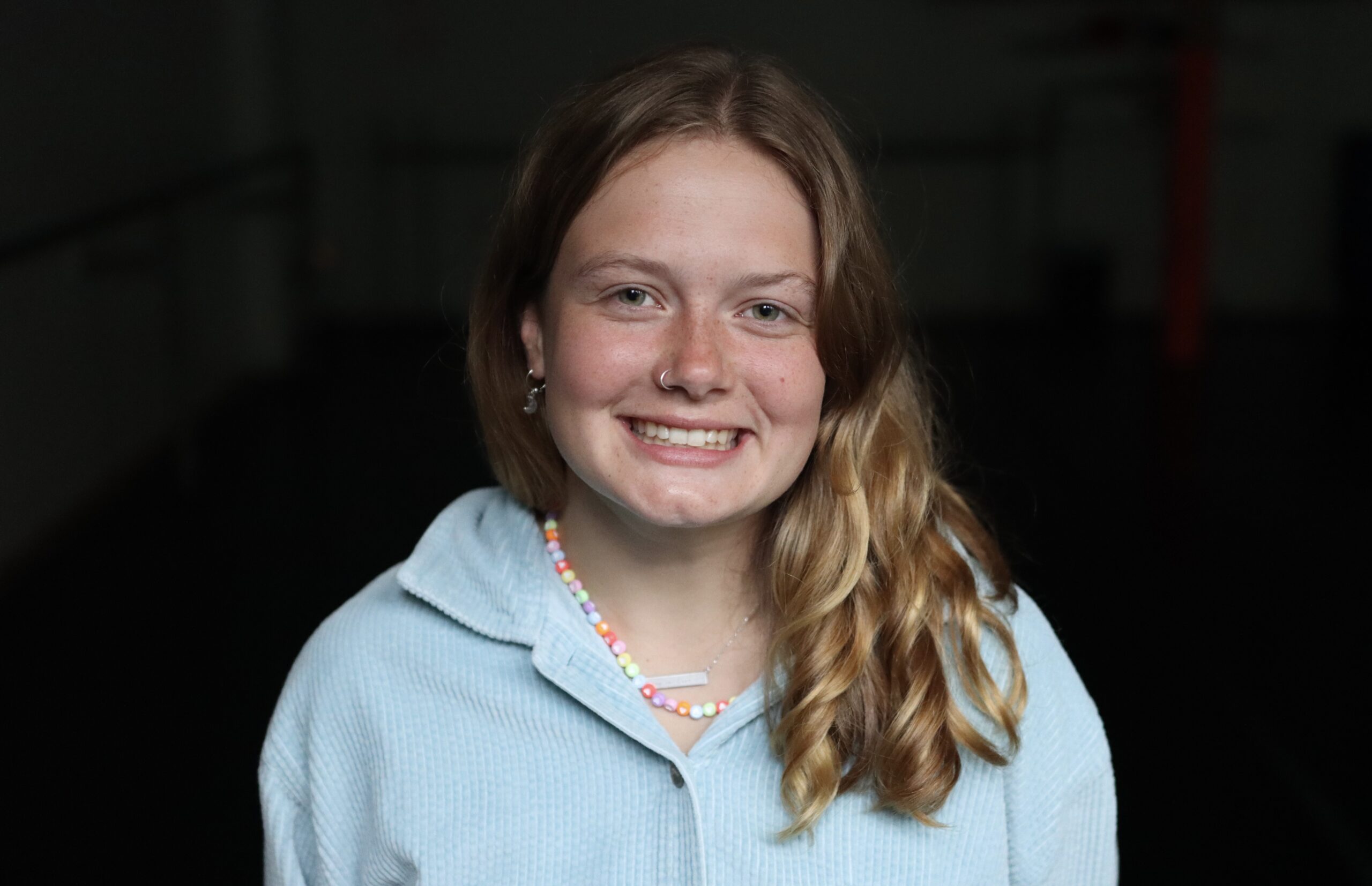 Alex graduated from Belhaven University in April of 2022, where she received her Bachelor’s degree in Dance. She primarily concentrated on Modern Dance, Pedagogy, and Choreography for the Camera. During her time at Belhaven she received extensive training under dance professionals Laura Morton, Krista Bower, Ravenna Tucker-Wagon, Mia Whitehead, Arianna Marcell, Steve Rooks, Stella Almblade, and many more. She had the opportunity to perform with Belhaven’s Dance Ministry Ensemble, as well as produce works  for The Emerging Choreographer’s Concert and Collaborative Art Concert. Prior to her time at Belhaven, Alex trained for 15 years with The Dance Center. Participating in all the technique classes offered, performing in A Nutcracker Christmas, Student Choreography Showcase, and the annual Recital. She is looking forward to sharing her passion for dance with each of her students for years to come. 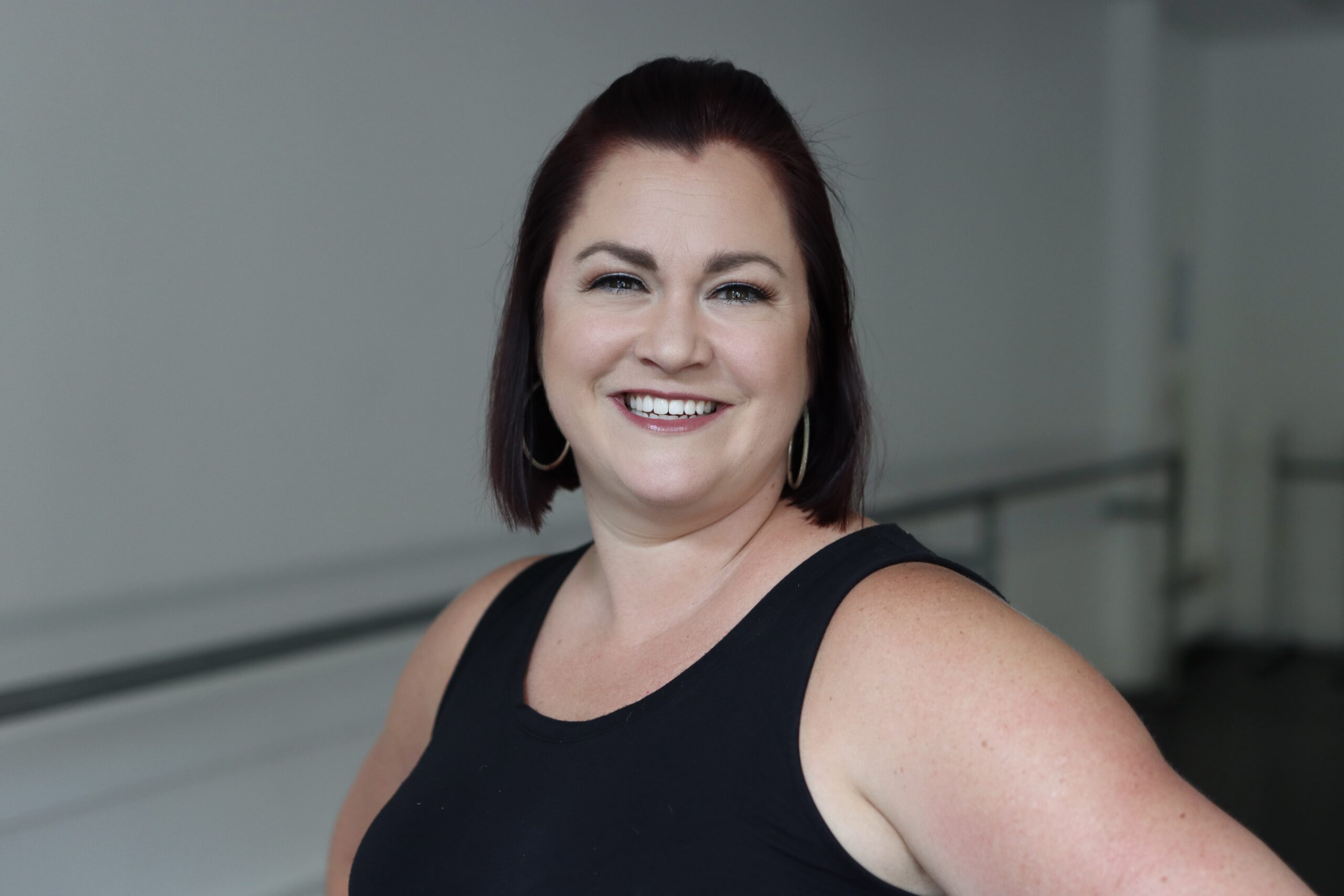 Lacey began her training at the age of 5. She has studied ballet, pointe, jazz, tap, modern, and ballroom. She received extensive training with Maine State Ballet performing as a company member with them for ten years. Lacey performed numerous classical and neoclassical pieces such as Balanchine’s Serenade and The Nutcracker, Symphony in C and Britten. She has also performed with Maine State Music Theater and Community Little Theater. She has choreographed for Community Little Theater and The Dance Center. Lacey directs and choreographs the CLT Youth Summer program as well as Geiger Elementary School’s DramaGators. 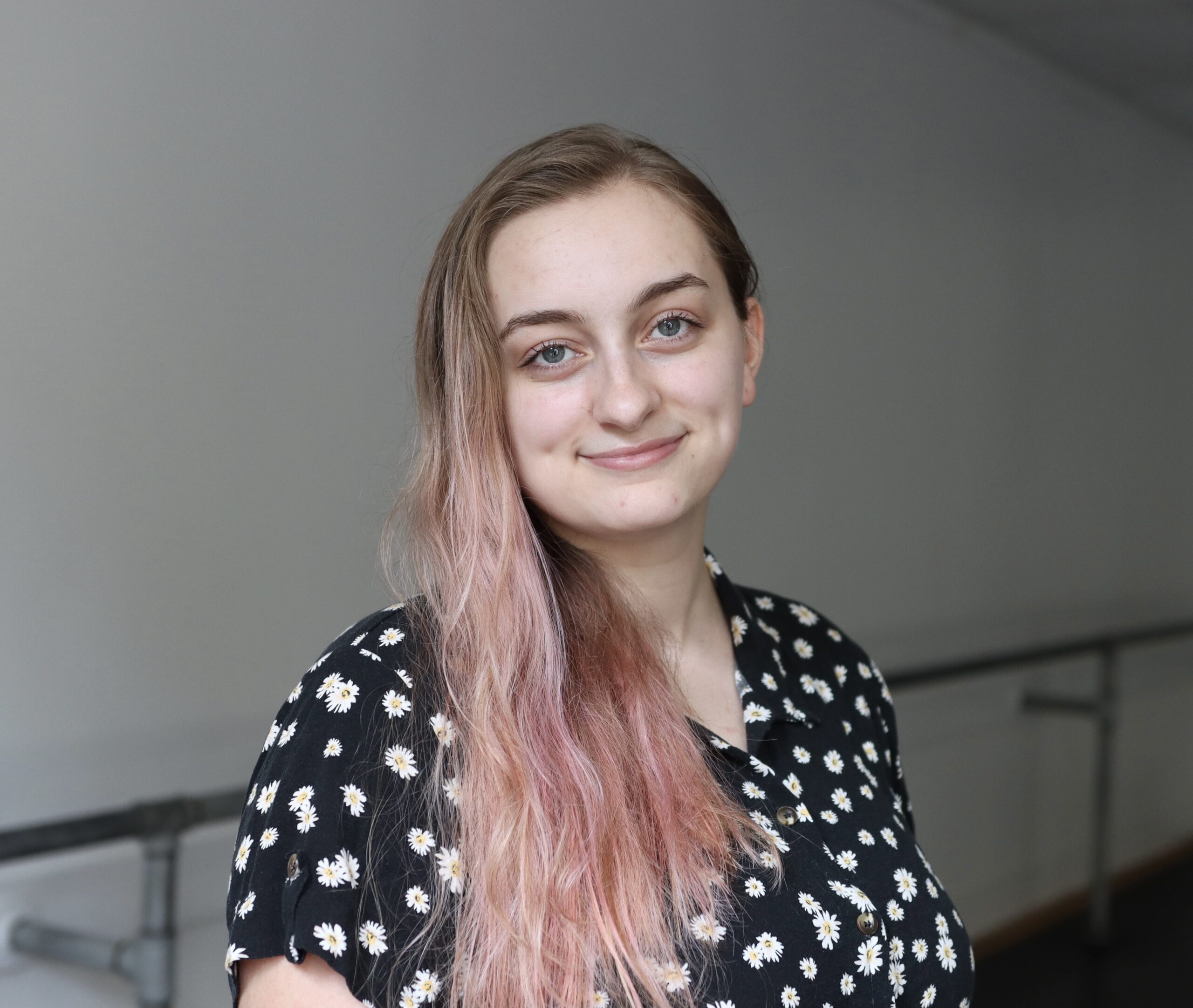 Phoebe Gouette started dancing at the Dance Center at 3 years old. She performed in the annual dance recitals with The Dance Center for 15 years, The Dance Center’s ‘A Nutcracker Christmas’, and in five seasons of Maine State Ballet’s ‘The Nutcracker’. She played the role of lead ballerina in “Oklahoma” at Monmouth Community Players, as well as performing in productions at the Community Little Theater. Phoebe also participated as a dancer and choreographer for two of the Student Choreography Showcases, and was the choreographer for Monmouth Community Players’ “The Addams Family” musical. She studied ballet for a summer at The Ballet School, taught by Elizabeth Drucker, and at the University of Southern Maine, taught by Maria Tzianabos. Phoebe’s childhood dream was always to teach dance, which only grew as she worked as an assistant teacher at The Dance Center for several years, and she looks forward to teaching for many years to come. 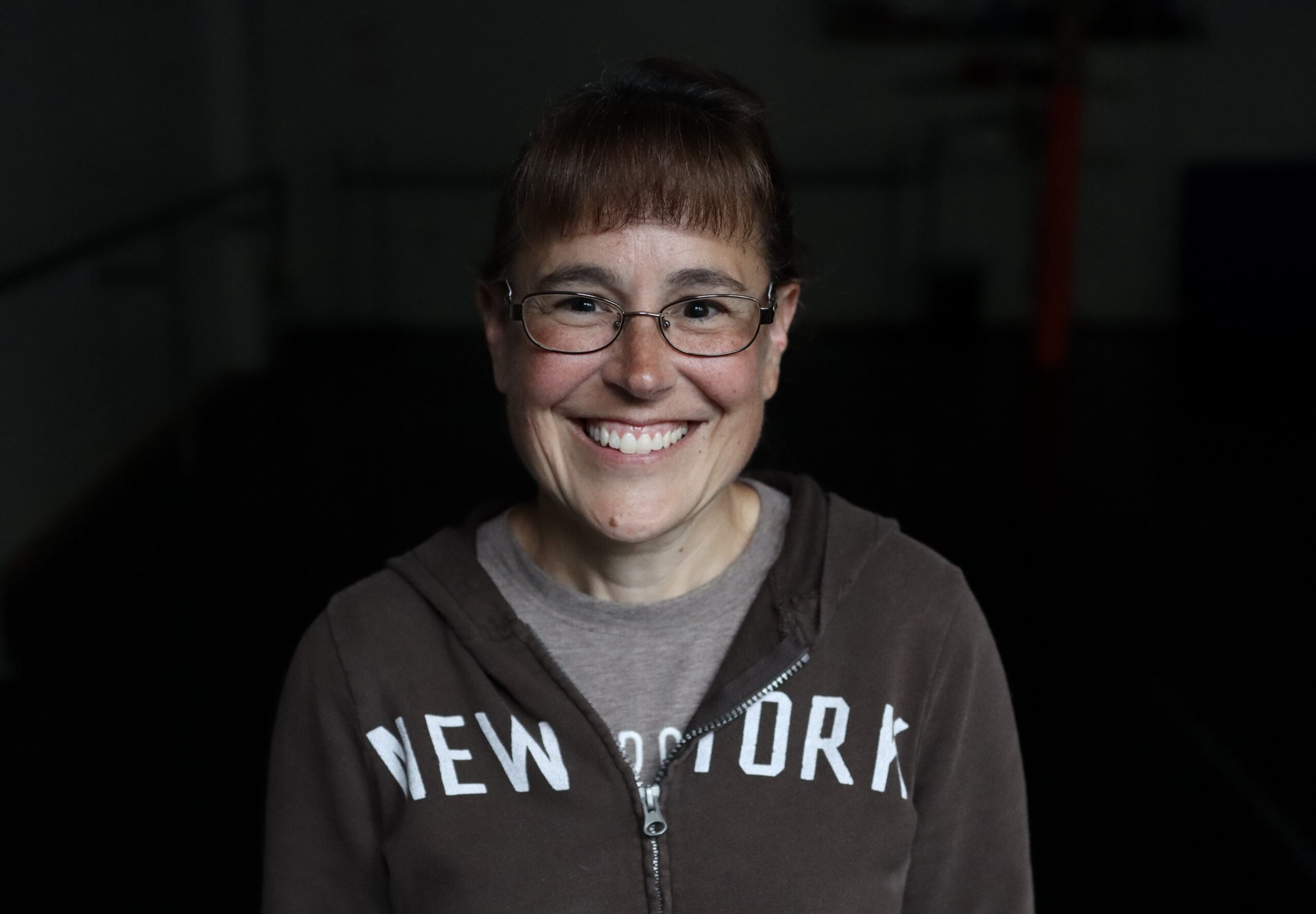 Miss Heidi is excited to teach for The Dance Center, as an elementary school teacher, she has extensive experience teaching and working with kids of all ages. She has choreographed and danced for The Christmas Spectacular at East Auburn Baptist for many years. She is looking forward to starting with The Dance Center as an Intro to Dance Teacher and instilling the love of dance in the next generation. 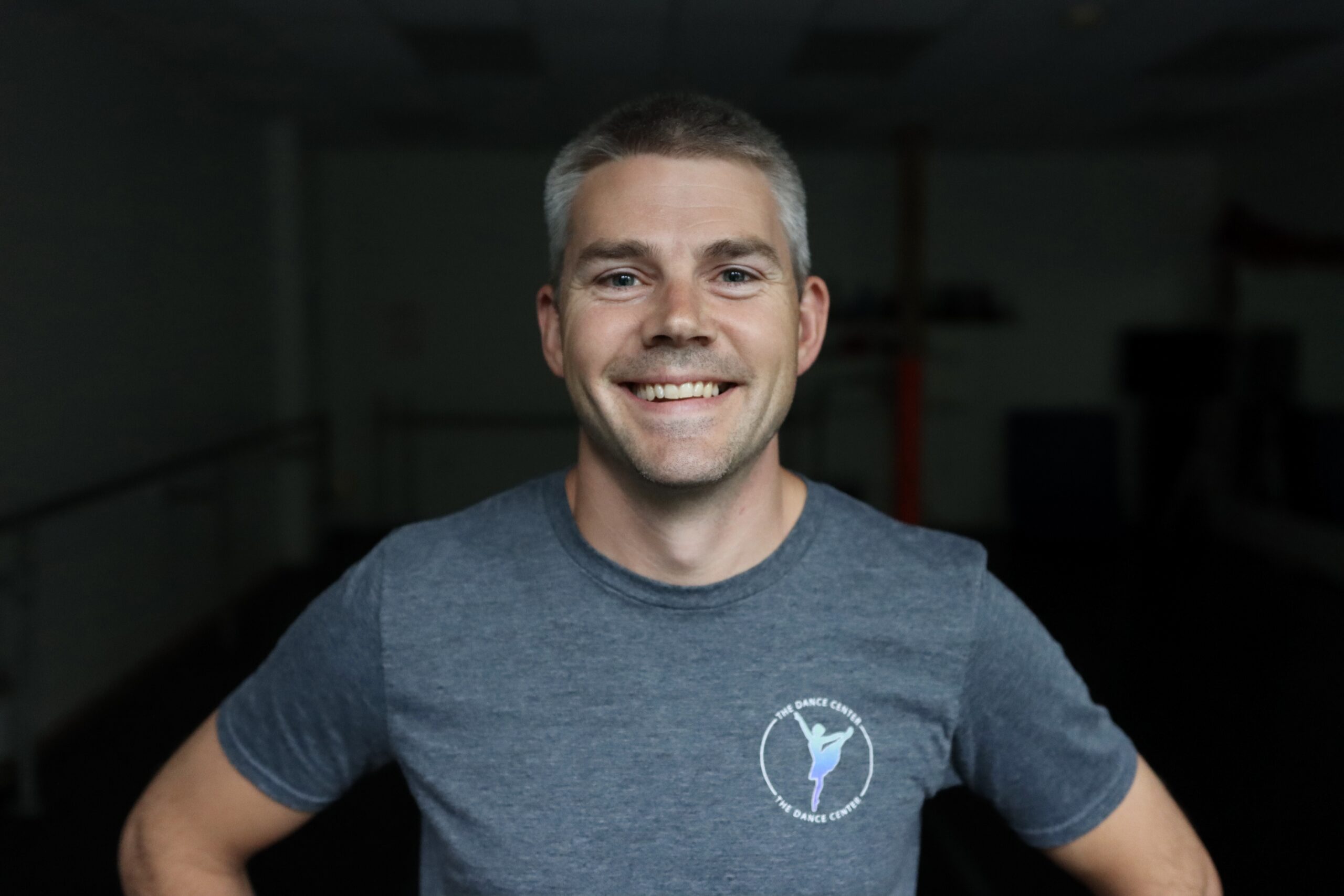 Ian has been performing and dancing at the Dance Center for the past 6 years. He enjoys his roles in the annual Nutcracker and looks forward to expanding his experience. He has enjoyed hip hop from a young age and will continue to train in hip hop at The Dance Center.